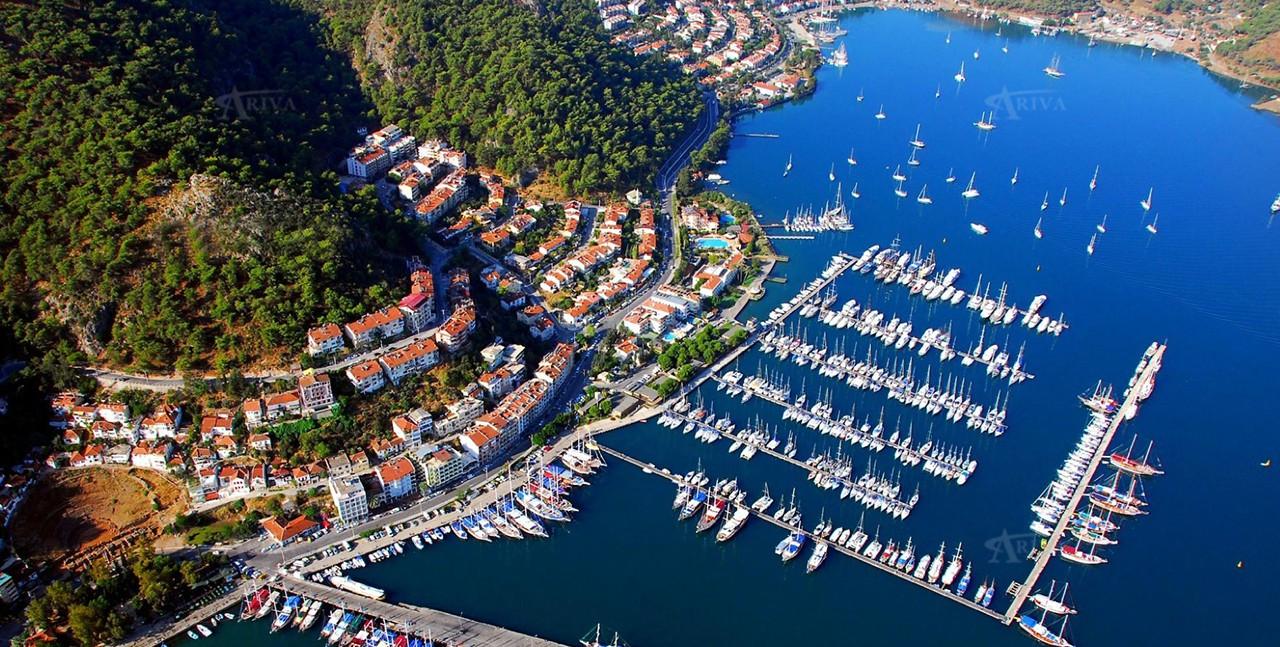 Yacht Cruise Guides to Destinations around the Fethiye

Fethiye has grown enormously in recent years. It reflects the popularity of this section of the Turkish Coastline, often called the Turquoise Coast. It reflects the wonderful shades of blue, sea and sky. It is rare that there is a cloud in the sky throughout the long summer days, and even when the sun sets, the temperature drop is only marginal. There are few better settings than the change of colours as the sun goes down. If you join us at Ariva Yachting on one of our luxury yacht charter holidays, you can enjoy these sunsets aboard a yacht, perhaps in Fethiye?

Fethiye is one of the starting points for a yacht charter into these lovely waters. There is so much to do and see locally, whichever direction you head out of the Bay.

There are a huge number of little islands close by, many just uninhabited rocks but one of the exceptions that is much larger, yet still with no permanent population, is Tersane Island. It is referred to locally as Dockyard Island because it was formerly used by the Ottoman Navy. In more recent times, it was occupied by the Greeks who left when the Turkish Republic was formed in 1923. It is certainly worth exploring; ruins of old houses, churches and tombs. There is a restaurant during the summer months, plenty of goats and orchards.

One of the most popular day trips is the 12 Island Tour which offers tourists the chance to enjoy swimming amongst several small islands. When those boats head back to port, you can stay where you are, anchoring overnight to enjoy the lovely setting in complete peace and quiet.

Butterfly Valley is also very close. It is best approached by sea anyway and certainly should be included on any yacht vacation close to Fethiye. The Valley gets its name from the huge numbers of butterflies and moths found for just a few short weeks in mid-summer. The Jersey White is the most impressive of the species with a wingspan of around 6.5 cm. Butterfly Valley is effectively a canyon with a couple of waterfalls and a stream running down to the sea, a beautiful green area around 4 kilometres long with sides as high as 400 metres.

Babadag Mountain towers above the Valley and many brave people, generally young ones, glide down from its summit, at 2,000 metres, down to the beach and sea below. Oludeniz is one of the most photographed beaches in the whole of the Mediterranean, a popular venue although the beach is pebbly rather than sandy.

Your yacht charter can go much further if you wish. Much depends upon time. If we head east, we will see Patara Beach, 12 kilometres long before the coastline becomes rocky. There are still some small coves and the small resorts of Kalkan and Kas, the latter quickly becoming one of the best scuba diving sites in Turkey. The impressive mountains come right to the shore but there is a modern road hugging the mountains, between them and the sea.

The alternative is to head west beyond Gocek where Iztuzu Beach awaits, a nesting area for the endangered loggerhead turtle, caretta caretta. As a result, no one is allowed on the beach after sunset and that is strictly enforced. However, there are several coves near by where you are allowed to anchor and swim at your leisure. There will be no one else around; the only sound is likely to be the water lapping gently against the hull of the yacht.

If you have not considered a luxury yacht charter before, you may now have begun to understand the potential freedom it can offer. You will have an itinerary to follow though there will be some flexibility within reason. The captain and crew are there to look after you, and they will restock with fresh produce whenever necessary. The details of a proposed yacht charter vacation will all be agreed before you need to commit yourself. That includes any special dietary requirements while at Ariva Yachting our service includes collecting you when you land at the airport if you wish, and returning you once the holiday is over. You have only to ask.

Amintas Rock Tombs dated two and a half thousand years ago look down on Fethiye, one of the symbols of the City. It is nice walk to get close to them but wear comfortable shoes. Road signs mark the route and the entrance fee minimal. They were carved by the Lycians who lived in South West Turkey in ancient times.

Butterfly Valley is a canyon with 400 metre sides, best accessed by sea, remote yet on Fethiye’s doorstep. There is a waterfall and stream running down to the sea. A lush green valley, at the height of summer there are many species of butterfly and moth with the most impressive the large Jersey Tiger, orange, black and white.

Kayakoy is a village that was abandoned by the Greeks when the Turkish Republic was announced in 1923. It has lain empty ever since. The Greeks founded it in the 18th Century, calling it Levissi, and there were once 3,500 houses. When the 6,000 Greeks left, it was renamed Kayakoy and today acts as an impressive open-air museum.

WEATHER & CLIMATE
The weather in South West Turkey is predictable; it will be warm as the yachting season starts and hot through the many weeks of summer. It cools a little in the autumn but is still pleasantly warm. Night time temperatures are still good enough for T shirt and shorts throughout the yachting season.
FAST FACTS
The local language is Turkish which may initially be confusing but if you learn a few commonly used phrases such as greetings, locals will appreciate your efforts. You will find English spoken in many tourist places and restaurants will have English as well as Turkish.
The local currency is the Turkish Lira (TL). You will find many places where exchange rates are clearly shown and can get Lira from ATMs which are common. Travellers cheques are not advisable.
Turkish time is 2 hours ahead of the UK from the end of March until UK clocks change in October. For a period of 5 months, the winter, clocks will currently be 3 hours ahead though that policy is not necessarily permanent.
Fly to: Dalaman International Airport with flights throughout Europe and the Middle East. It is 30 minutes from Fethiye City Centre. Flight times from the UK average 4.5 hours.
E – visas are available online before visiting Turkey. See https://www.evisa.gov.tr/en/apply
MARINAS

Ece Marina has a capacity of up to 460 boats, depending on size. It can take boats up to 60 metres in length with berths available all year round. There are bars, restaurant, shopping and accommodation on site.

Yes Marina in the south west of Fethiye can hold 30 yachts up to 25 metres long needing a draft of 3 – 5 metres.

The ever-growing city of Fethiye lies only about half an hour by road from Dalaman Airport in South West Turkey. It is a naturally beautiful spot, a city beside the sea with many offshore islands adding to the quality of the environment. The region can boast lovely beaches and coves, many historical highlights with Fethiye’s bars and restaurants ensuring a great nightlife. Fethiye itself has ruins within its boundaries, temples and some interesting sarcophagi. A blue cruise out of Fethiye has much to recommend it, whether sailing east or west, and with 3 modern marinas ensuring the best of facilities for yacht charters. 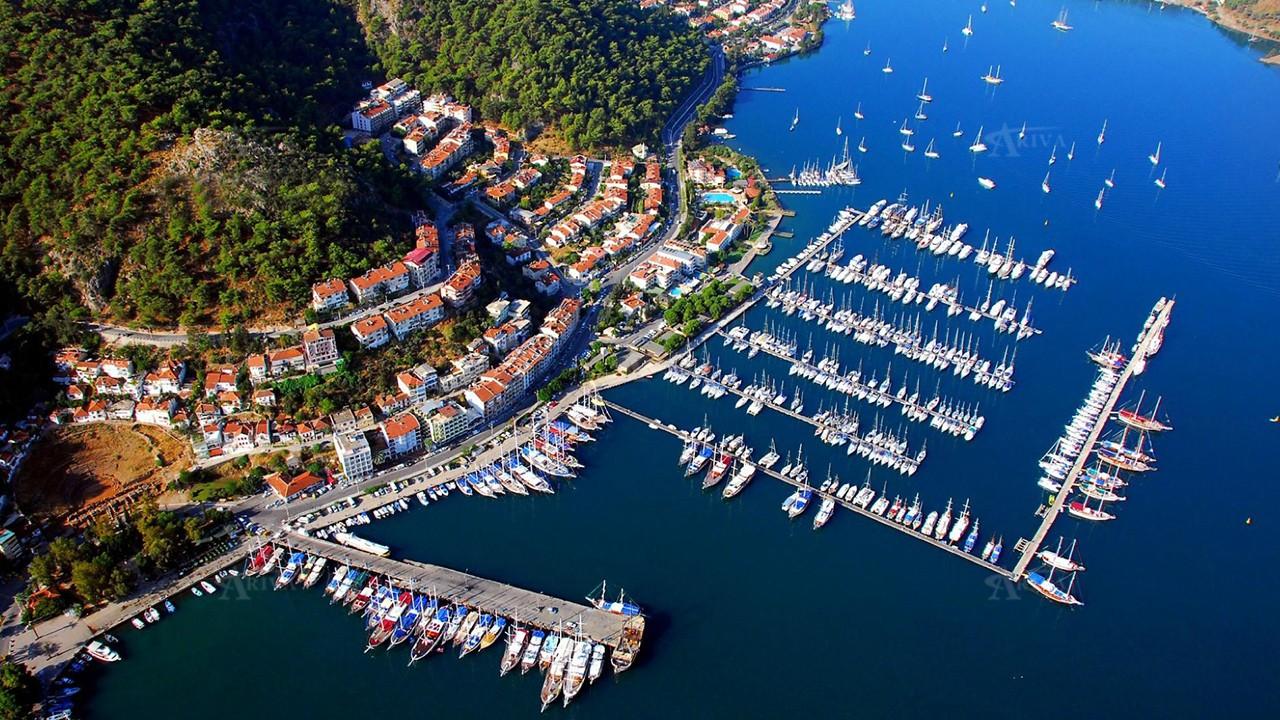 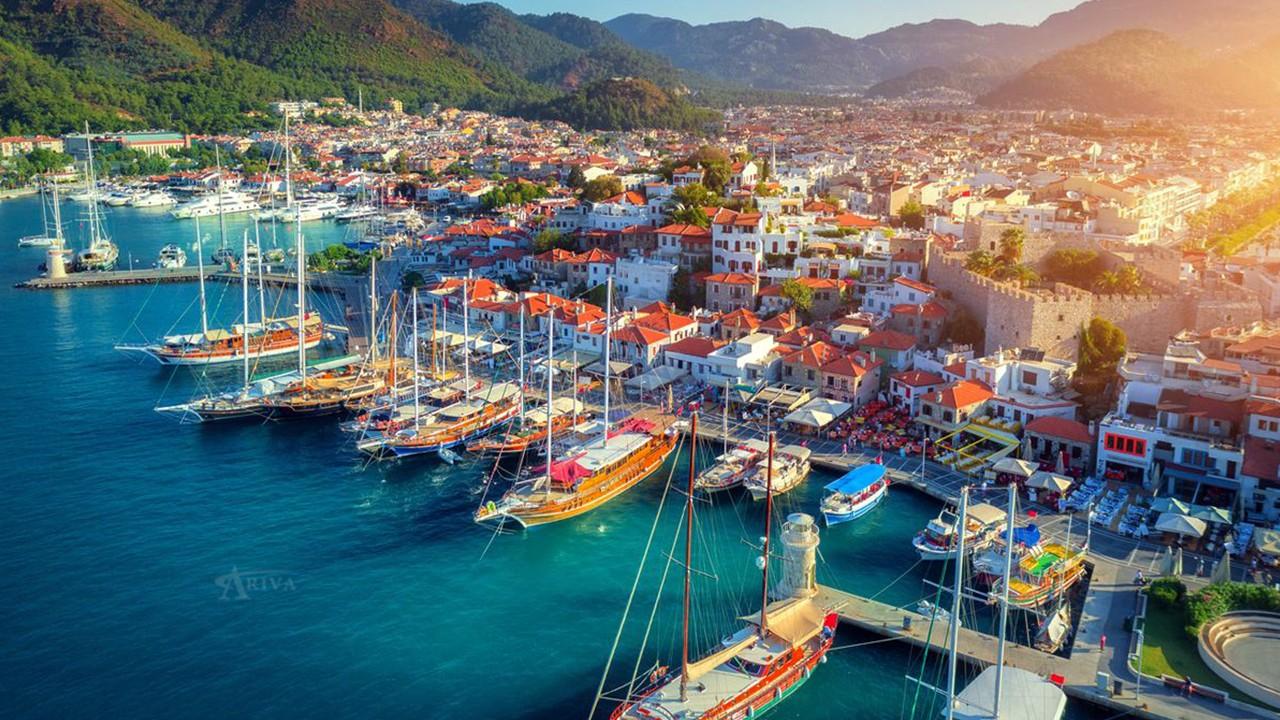 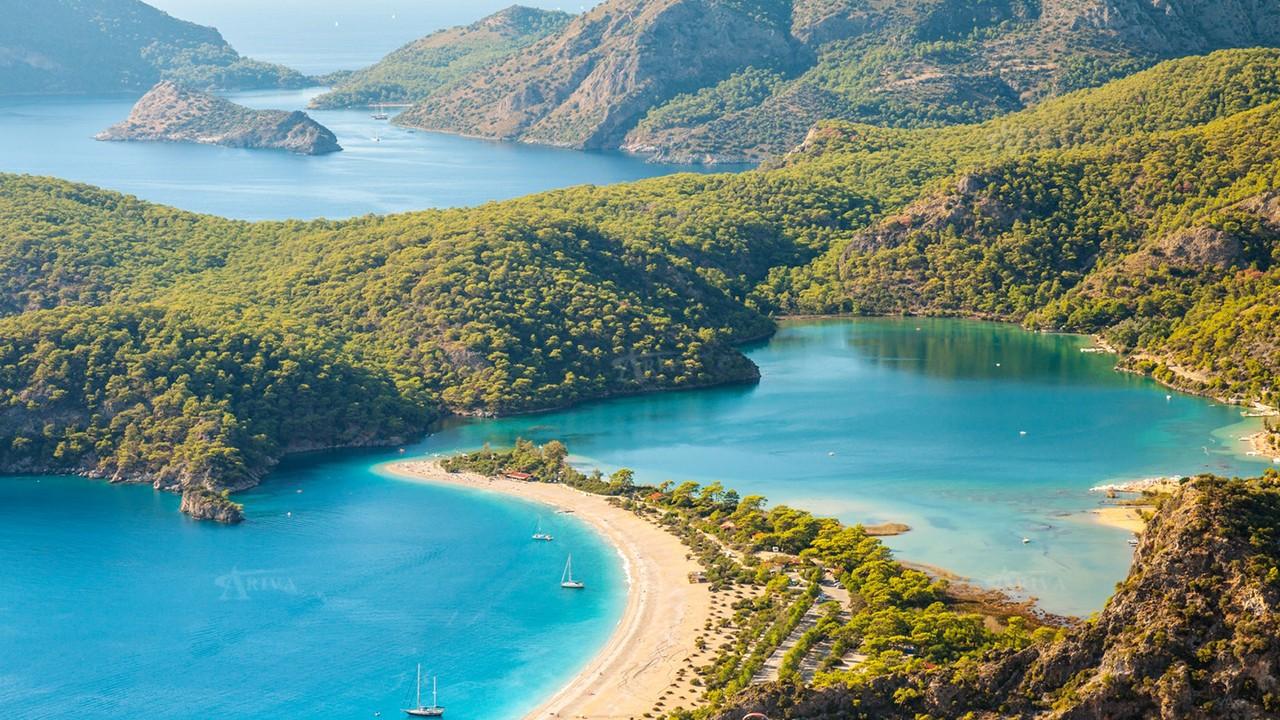 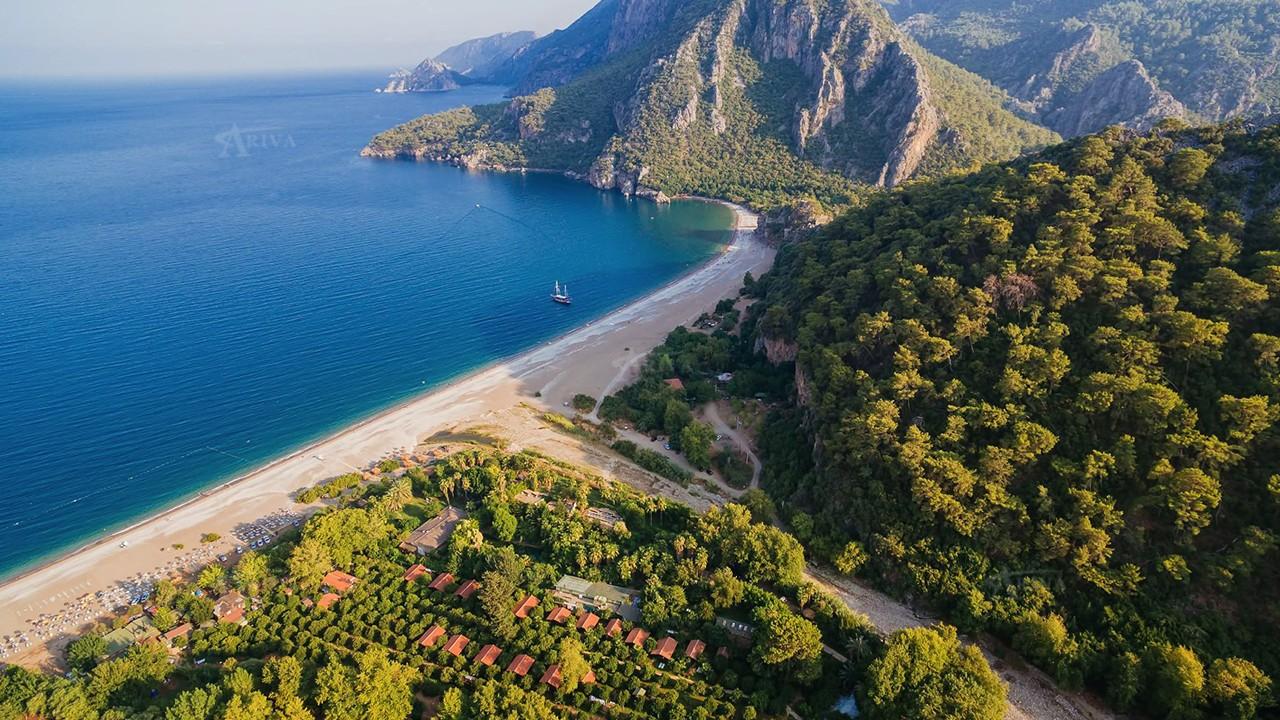 PANFELISS
All Yachts for Charter
Call Us Online Free
NEED HELP ?
We welcomes your enquires, questions, comments suggestions, compliments, and complaints as one critical way to continuously improve our services to you.
Call with Browser Free or Request Call by Phone
Do You Prefer Chat?
Live Chat
WhatsApp
Facebook
ENQUIRY FORM
Close