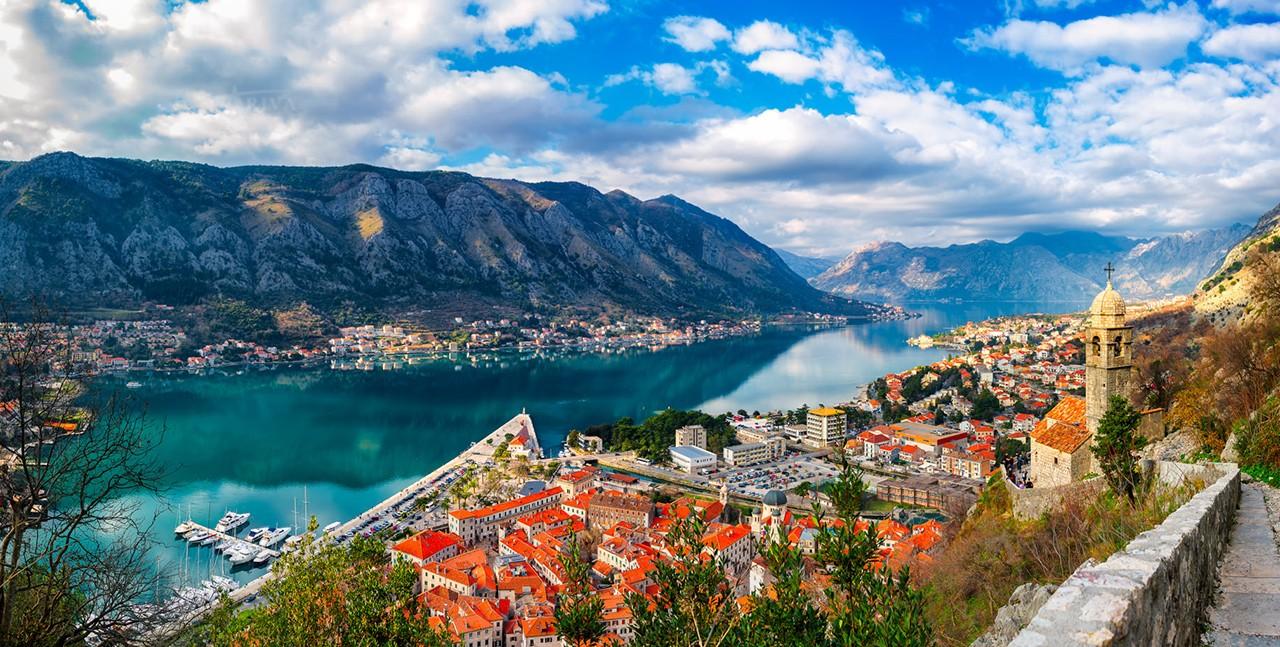 Yacht Cruise Guides to Destinations around the Kotor

The coastline of Montenegro in the Southern Adriatic is becoming increasingly popular among those wanting to relax on holiday; a luxury yacht charter has few equals. When it comes to enjoying relative solitude yet the independence to sail the warm, blue waters, Ariva Yachting can offer you a unique experience with one of the alternatives a yacht charter starting in Kotor. It is just a small coastal town sitting in the Bay of the same name under impressive mountains.

Kotor is in the north of the country close to the border with Croatia but the country’s coastline is nowhere near as extensive as that of its neighbour. The Old Town is a UNESCO World Heritage site and it is certainly worth exploring during the holiday. The standout landmark is the old Cathedral. Kotor has a rich history dating back to the Greeks with Montenegro finally becoming part of Yugoslavia early in the 20th Century and independent early in the 21st.

The setting of Kotor will remind Norwegians of their famous fjords though the waters in the long summer weeks are so much warmer. It is difficult to resist the temptation to anchor your yacht and swim. There is in fact every reason to swim as part of your yacht vacation.

As you set sail into the Bay, there are two islands worth a visit. Gospa od Skrpjela translates into ‘’Our Lady of the Rock’’. Legend has it that Gospa, which is an artificial island, was formed by seamen throwing rocks into the Bay after discovering an image of Madonna and Child on rocks in the sea. They resolved to build a church on the exact spot, hence the creation of an island.

Sveti Djordie, St. George, is nicknamed ‘’The Island of the Dead Captains’’ and it is captured in a painting of the same name by the Swiss artist, Beklin.

Kotor is just one of four small sections of Boka Bay which is effectively a sunken river canyon, protected from the open sea by the mountains which also provide a barrier to colder weather to the north in winter time. As a result, the vegetation is very much Mediterranean with palms, mimosa, pomegranate and oleander. Similarly, Mediterranean herbs grow locally so the cuisine you will sample on your yacht charter differs little from that further south.

Perast is an interesting little town that has also seen many civilisations come and go; Byzantine, Venetian, Austro-Hungarian and each has made a lasting impact on the physical appearance of the place. The 15th Century Venetians left the most impressive mark on Perast with their churches and palaces which are one of the main reasons for the town being a UNESCO World Heritage site. Today, it is regarded as one of the luxury destinations in Montenegro with much to see and do. The Museums and Churches each have a story to tell.

Risan is another place to visit during your yacht holiday. It is only really a village and it is thought to be the oldest settlement within the Bay. Visitors to the village will enjoy the stone buildings and Roman mosaics. There is an old ‘’feel’’ to the village which prides itself on the quality of its cuisine and the café atmosphere in which it is served. In ancient times, as early as 4th Century BC, it was seen as an ideal defensive position because of the protection afforded by the narrow strait to the south and the limestone mountains behind.

You do not have to sail too far out of Kotor town to have plenty to make your yachting holiday truly memorable. We are happy to plan a bespoke itinerary for you if you are thinking about coming in a group and taking an entire yacht for yourselves. There are some practical issues in every itinerary based upon the time available. There is no reason to rush because surely you want to be able to fully absorb the setting you find yourself in?

Ariva Yachting also has standard itineraries with yachts sailing those routes throughout the summer. We are happy to answer enquiries and provide further details of what we can offer. You are welcome to ask as many questions as you like and are not committed in any way until you decide you are happy to proceed and make a booking.

Our Lady of the Rocks

This tiny manmade island was a pile of rocks when legend says two fishermen say an image of the Virgin Mary in the middle of the 15th Century. A church was subsequently built on the site but in 1630 when the Venetians were the power in the region, they built a Catholic Chapel and expanded the small island with more rocks. The current church dates back to 1722 and includes a stunning icon of the Virgin Mary and a marble altar made by Antonio Capelano. A small museum sits behind the Church.  https://www.tripadvisor.com/...

This fortress is the highlight of the structures that have been built in Kotor over many centuries by different ‘’races.’’ It takes plenty of effort to get to it as it sits at 250 metres above the waters; that equates to 1,350 stairs. That effort is worth it, as much for the views visitors get from there across the Old Town and the Bay as much as for the fortress itself. There were already fortifications during Illryian times but it was the Roman Emperor Justinian who was responsible for the reconstruction in the 6th Century.  Subsequent ‘’Empires’’ that controlled this area include the Byzantines and the Venetians. https://www.tripadvisor.com/...

The Old Town is a UNESCO World Heritage site and includes some wonderful medieval architecture. It was built between the 12th and 14th Centuries. There are cathedrals and churches, palaces and museums among the narrow streets. There are some interesting squares to enjoy and shoppers will enjoy the markets. There are few better preserved small towns of this age anywhere in this part of the world. The fortification walls are 5 kilometres long, 10 metres wide and an impressive 20 metres high. Add the mountains and Kotor’s defensive position was very impressive. https://www.tripadvisor.com/...

Kotor has a typical Mediterranean climate with warm dry summers with temperatures still pleasant after sundown.  It means that casual T shirts and shorts can be worn throughout any holiday.

Montenegrin is the local language and it bears a resemblance to other Balkan languages.  English is spoken in tourist areas.

The currency in Kotor is the Euro.

Kotor is an hour ahead of the UK all year round.

Fly to: Podgorica International Airport has the most choice but is 90 minutes from Kotor. Tivat Airport has summer charter flights while Dubrovnik Airport in Croatia is another option. Flight time is around 3 hours from the UK.

The harbour is under the Old Town walls with the Marina in the South East end of the main dock. It is often crowded but has good modern facilities. The berths are close to the Harbour Office. There is other anchorage north of the town.

LEVANTIN
All Yachts for Charter
Call Us Online Free
NEED HELP ?
We welcomes your enquires, questions, comments suggestions, compliments, and complaints as one critical way to continuously improve our services to you.
Call with Browser Free or Request Call by Phone
Do You Prefer Chat?
Live Chat
WhatsApp
Facebook
ENQUIRY FORM
Close