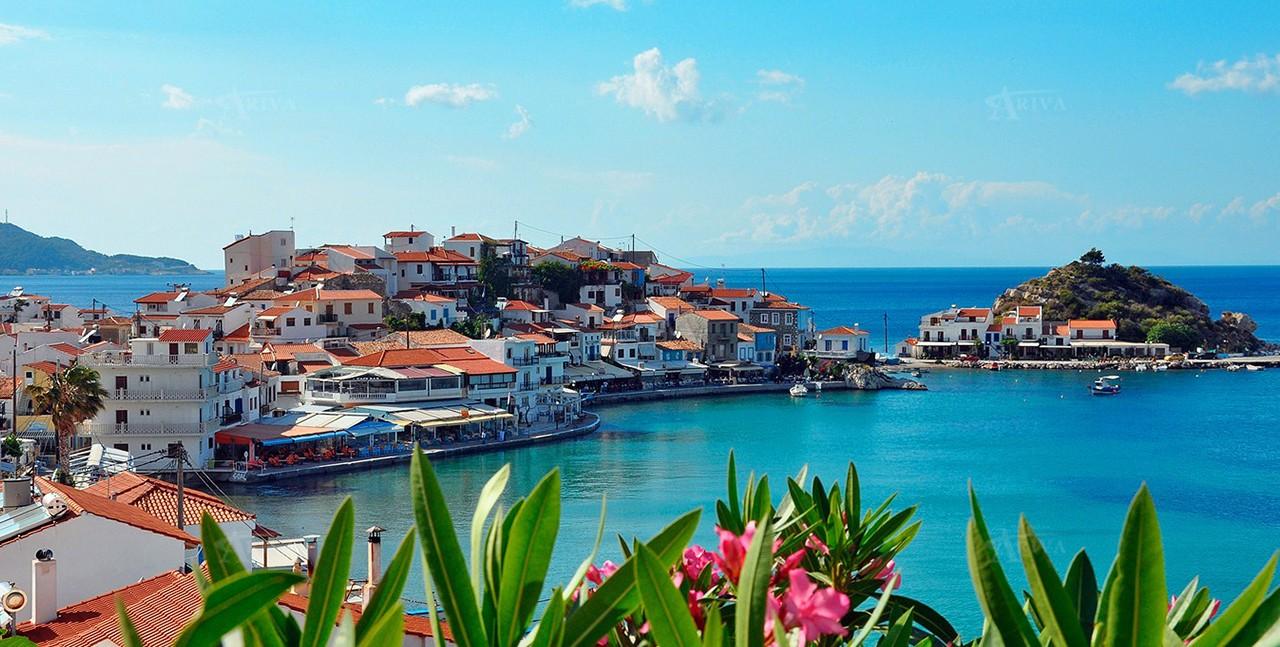 Yacht Cruise Guides to Destinations around the Samos Island

Legends says that the Goddess Hera lived on Samos but historians prefer to talk about other inhabitants of Samos; Epicurus, Aristarchus and Pythagoras. Whatever your interests in myth and history, you are certain to be impressed by this lovely island that was a very important trading island in ancient times, as well as being a notable naval force. As a result, it had regular contact with other Mediterranean cultures and what has left in today’s Samos is there for all on luxury yacht charter holidays is there to see and enjoy.

The historian Herodotus recognized the importance of Samos as the centre of Ionian culture. It is located close to the Turkish Mainland and as such has been influenced by what used to be known as Asia Minor. Herodotus talks of the largest temple in the whole of Greece being on the island at Heraion. It once had 155 columns but only one stands today on a site where there were certainly earlier temples.

The environment of Samos is stunning as you will discover if you decide on Samos as part of your yacht charter vacation. There are two especially impressive mountains, Kerkis and Ambelos where you might think you were in the Alps if you were there in mid-winter because of the low temperatures and plentiful rain. We can take you there at other parts of the year when you can explore the canyons and caves in more comfortable temperatures. The highest point you can reach is 1,400 metres and if you are interested in botany, you will see anything up to 1,400 different species, many endemic, as well as a wide range of birds of prey. Add the herons, pelicans and flamingos at Glyfada Lake and your treks will be truly memorable.

It is not just the natural environment that is there to enjoy. There are cobbled streets in the villages, a fortress from the 16th Century, the Sarakini Tower and several convents. The Church of Panagia Sarandaskaliotissa at the opening to Pythagoras’ Cave, named as the place he where he sought refuge from persecution is another place not to miss.

The ruins of the ancient city of Samos include a tunnel over a kilometer long which provided water to the City away from the eyes of enemies and not surprisingly these ruins and those at the Temple of Hera are UNESCO World Heritage sites. The Island’s museums are especially interesting.

There are plenty of beaches on Samos as you sail in its waters on your yacht charter while the Island’s wine makes a great accompaniment to the lovely cuisine you can enjoy; the Festival for Samos’ Muscat is early in August so that is certainly a date to consider for your luxury yacht charter holiday. At one time, the Vatican had its own winery here and the wine for Holy Communion is still Samos produced. This fertile island is also famous for its olive oil and honey which you should also sample during your holiday.

Vathi, in the north east of the island, is the capital of Samos. The population of 9,000 is largely involved in tourism. The settlement is built like an amphitheatre on the slopes looking down on the sea. There is evidence of the time when the Venetians were a presence and the Archaeological Museum has plenty to offer those interested in learning more about the Island and its history. It is a neat village with plain coloured wall houses and lovely gardens. There are several taverns close to the sea, while other sights include the Byzantine Museum and the Church of Agios Spyridon. There is plenty of life by night and a relaxed atmosphere by day.

The Heraion is one of the most important religious sites in Greece. Mythology says that the Goddess Hera was born here. Only a single column remains from the 115 that once stood in 500 BC; it was the largest Greek temple ever built and was reconstructed by Polykrates after the original fell because of an earthquake. The base of the original columns and some blocks can still be seen. The Temple is just 7 kms to the south west of the Capital on the coast near the mouth of the Imvrasos River.

This is the Island’s main resort and is located on the south east side of the Island on the site of the ancient city of Samos. There is a lovely harbour that welcomes yachts cruising the Greek Islands. It was home to many famous Greek philosophers, Pythagoras, Aristarchus, Epicure and Aesop. Sites to visit include the Statue of Pythagoras, the Castle of Likourgos, the Church of Metamorphosis, The Ephpalinos Tunnel, the Church of Spiliani, the Roman Baths and the Lake of Glifada. It was no surprise when UNESCO recognized it as a Cultural World Heritage Site.

Greek is the language on Samos but English is widely understood.

The currency is the Euro

Samos is one hour behind the UK all year round.

Fly to: Samos Airport has summer charter flights from abroad and domestic flights within Greece. Flight time from the UK is 4 hours.

The Marina in Samos Town has the best capacity being able to hold 280 yachts up to 50 metres in length, maximum draft 6 metres. There are the necessary repair facilities on site and dry dock space for 170.

QUEEN OF SALMAKIS
All Yachts for Charter
Call Us Online Free
NEED HELP ?
We welcomes your enquires, questions, comments suggestions, compliments, and complaints as one critical way to continuously improve our services to you.
Call with Browser Free or Request Call by Phone
Do You Prefer Chat?
Live Chat
WhatsApp
Facebook
ENQUIRY FORM
Close