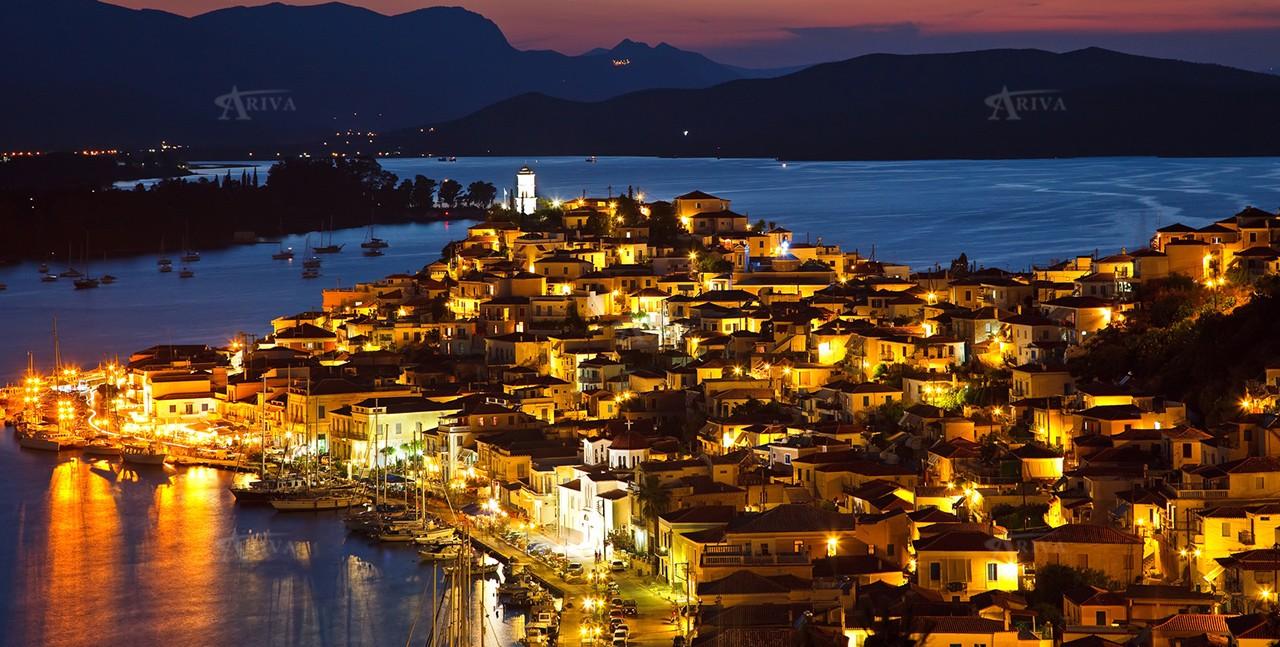 Yacht Cruise Guides to Destinations around the Saronic Islands

The Argo Saronic islands, lying between the Attica Peninsula and the north eastern coastline of Peloponnese, are popular weekend destinations for people living in the Greek Capital of Athens. This is the site of the famous Battle of Saramis fought between the City States and the Persians in 480BC. These were important trading waters in the Middle Ages and even as part of the Ottoman Empire, the region thrived. By 1829, it was free of the Ottomans. Today, the Islands are a great place for a luxury yacht charter vacation.

Whether you have considered a sailing holiday before or not, read on because you may start to consider it when you learn about the quality of the service that is provided. This part of the Mediterranean has become very popular because of the guaranteed sunshine and warm temperatures even after the sun sets. When it comes to sunsets, there are few as stunning as those found here.

The climate in the Eastern Mediterranean is very predictable. Once the spring arrives, rain is fairly rare and the main weeks of summer virtually guarantee cloudless skies. Daytime temperatures are rarely below 30C and even when night falls, they remain high. You can sit on the yacht and enjoy the still of the night in shorts and T shirt. Ariva Yachting is happy to advise on every aspect of a yacht charter holiday, from the clothes to pack to the cuisine alternatives that are available. There is a choice of itinerary and if you are chartering a whole yacht, then within reason, you can suggest an itinerary. The only real constraint will be whether that itinerary can be comfortably fitted into the time you have available. Once you agree the arrangements and pay a deposit, everything is confirmed.

In the case of the Saronic Islands, they are fairly close to the Greek Mainland. Aegina is arguably the main attraction. There is a beautiful temple of Alphea there which doesn’t attract the huge number of tourists that more famous ones do. Set in an olive grove, it is a match for the Parthenon and on the opposite side of the Island from Aegina Town. Agristi is a small island close to Aegina. It is a fairly sleepy place though there are kayaks and bicycles for hire if you intend to spend some time there.

Further south down the coastline, there is Poros and if you want to visit some of the sites on the mainland, you are very close by. The island is just 300m offshore with the main town sitting below the forested mountains. There are a series of quiet coves on the island with three main beaches, Neorio, Askeli and Love Bay. There is a lovely little monastery above Askeli which is worth the climb.

Hydra prohibits both cars and bicycles so there is little to disturb its tranquillity. Its wealth was created because of its importance on trading routes but that time has passed. It has attracted many famous artists, writers and musicians, an example being Leonard Cohen, the famous Canadian poet and singer who lived there for a decade many years ago. As a result of the people it has attracted over the years, its prices are usually somewhat higher than other islands unfortunately. Your yacht charter includes all your meals of course, so you can dine on board anchored near the Island.

The next island on a likely yacht itinerary is Spetses which is another that has attracted yachtsmen, and Athens’ wealthy. The interior is virtually unpopulated and great for hikers though you may not have the time to do that. There is a single road running right round the Island and there are many beaches en route. The horse drawn carriage ride around the island is fun. Given you have a luxury yacht charter, you will be able to sail to any of the beaches however. There is actually a cave, Berkiris, which has been used to hide from invaders, the most famous occasion being when the Albanians invaded in the 18th Century. A wounded British pilot hid there during World War II.

If you select the Ionian Islands for your yacht charter, you will be following a well-worn route of previous clients who have returned home with many happy memories. There are few holidays that can guarantee a similar level of relaxation. Blue skies, warm seas, fine beaches and Mediterranean cuisine are ingredients that guarantee you will forget home for a while in this stunning setting.

Poros is a small island that is great for family holidays. The main town, Poros, is built on the hills looking out to sea. The Archaeological Museum is worth a visit while the lovely harbour comes alive after nightfall with bars and restaurants close to the moored yachts and fishing boats; a great atmosphere.

Hydra can lay claim to having the prettiest harbour of all the Greek Islands. Profitis Ilias Monastery is worth a visit though you’ll need to hike there. Its proximity and beauty led it to becoming popular both with wealthy Greeks and artists from elsewhere in the world. The Canadian poet and singer, Leonard Cohen, lived on Hydra for years.

Aegina is just a short distance from Athens and as such gets plenty of visitors, Greeks and tourist day-trippers. Its name according to Greek mythology comes from a nymph whom Zeus fell in love with. The island has plenty to offer with the 6th Century BC Temple of Aegina Aphaia.

The yachting season begins in April and lasts until the end of October, sometimes beyond. The Saronic Islands are an area of high pressure throughout these months and that means temperatures between warm and hot by day, and pleasant night, just the thing for casual wear.

Greek is the language on these islands though English is widely understood.

The currency is the Euro

The Islands are one hour behind the UK all year round.

Fly to: Athens is the closest airport to these Islands although yacht charters also visit the Saronic Islands from the Turkish Mainland so some visitors may fly into Adnan Menderes Izmir or Milas-Bodrum. Flight time into Turkey is just over 4 hours but Athens is slightly less.

The Saronic Islands are popular with yachts either originating at Athens or further south on the Turkish mainland. Yachts can find a berth on the inhabited islands an there are basic facilities such as ships’ chandlers for any marine requirements. There are no plans to build large marinas on any of the islands with their harbours deemed as quite sufficient. 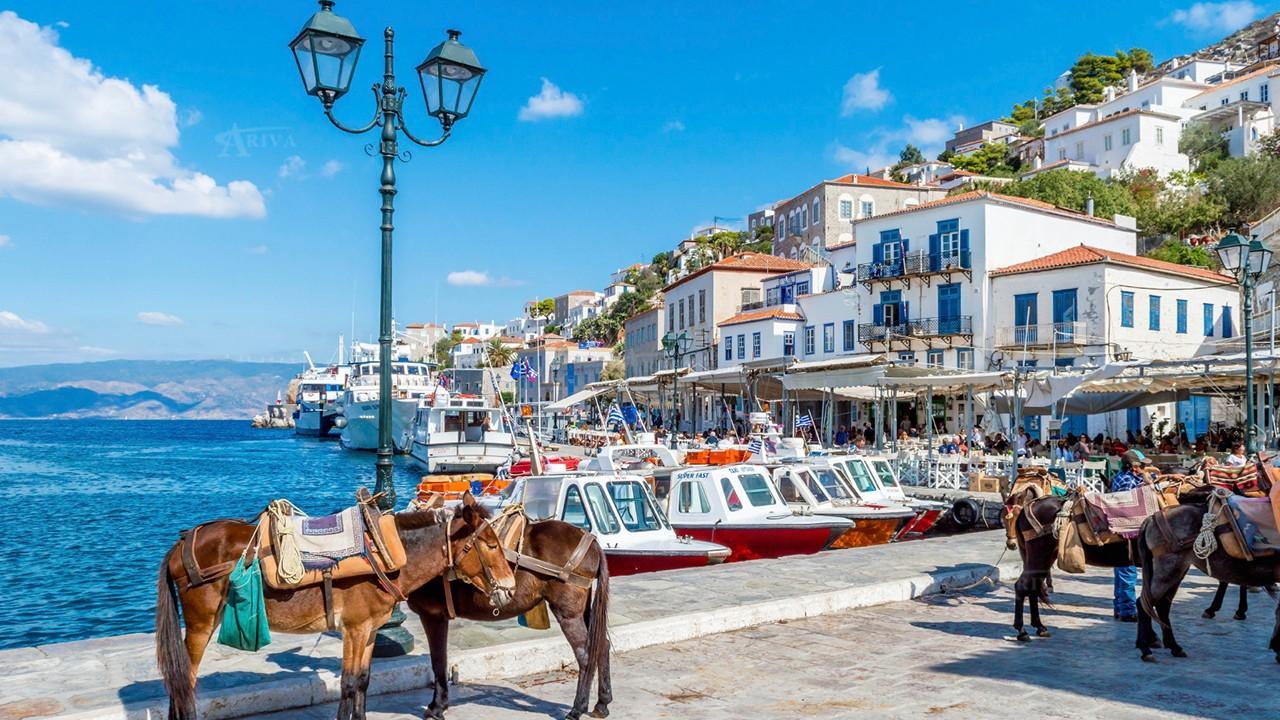 DOUBLE EAGLE
All Yachts for Charter
Call Us Online Free
NEED HELP ?
We welcomes your enquires, questions, comments suggestions, compliments, and complaints as one critical way to continuously improve our services to you.
Call with Browser Free or Request Call by Phone
Do You Prefer Chat?
Live Chat
WhatsApp
Facebook
ENQUIRY FORM
Close