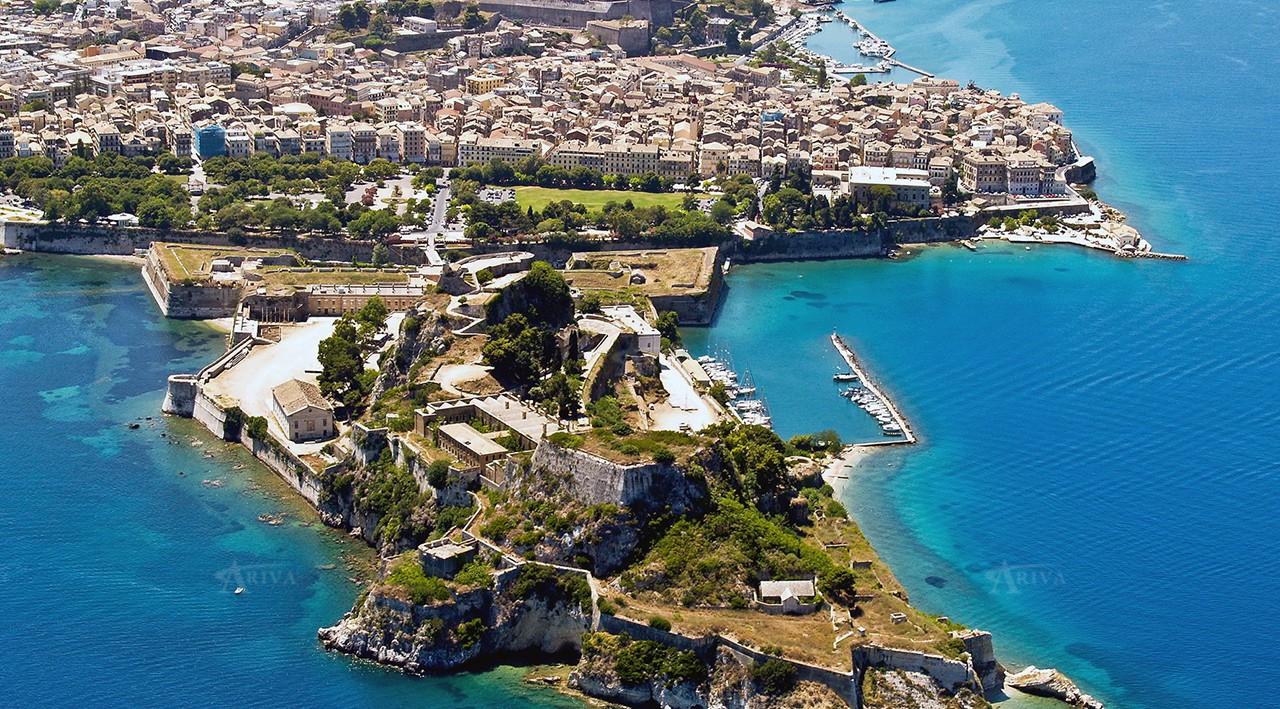 Yacht Cruise Guides to Destinations around the Corfu Island

Corfu is certainly one of the prettiest of all the Greek Islands. There are many weeks of the year when no rain falls in the Aegean yet Corfu is so green and lush. It has a well-developed tourist infrastructure and with an international airport receiving charter flights from throughout Europe for many months of the year, it is an island that is accessible for huge numbers of tourists. Those who book a luxury yacht charter with us have the additional pleasure of being able to put down the anchor anywhere on its coast and swim in the beautiful clear water.

Corfu’s history dates back over 3,000 years; it plays a role in legend and mythology as well. Homer calls the Island Scheria but it was also known as Drepanon because of its shape; the word means ‘’sickle.’’ Today’s name reflects the two peaks on the peninsula (Corypho means peaks).

The Island is in the North West of the Aegean and is extremely popular with Greek holidaymakers as well. A luxury charter vacation can explore its coastline as well as travel through the Aegean to other islands in the Ionian Archipelago.

The Main Town itself was built with defence in mind. It is surrounded by fortress walls built by the Venetians; they are fairly intact and behind you will find typically narrow streets, reminders as much of the Italians as the Greeks. A great deal has remained the same as it was long before the influx of international tourists. The Island’s population is around 100,000 with 30,000 living in the Capital.

The beauty of a yacht charter is that there is flexibility within reason. If you talk to us about hiring a whole yacht, we can even devise a luxury yacht itinerary of your own, within the obvious constraints of time and your budget. When we find a particular nice mooring, you may want to stay a little longer than you originally intended. We will see what we can do.

If you simply want to take a berth on one of our yachts, it is likely that you will meet like-minded people who have also decided on a luxury yacht charter holiday.

Within the prefecture of Corfu, there are three little islands worth some of your time; Othoni Mathraki and Erikoussa while to the south there is Paxos and AntiPaxos.

It is possible to explore them while with a coastline of over 200 kms, there is plenty to see and do while cruising around the Island itself.

We are happy to discuss Corfu with you as a possible yacht charter destination. It is rather different to many Greek Islands in that after the Venetians, it came under Ottoman rule, being seen as quite a prize by the Turks. Parts of the island looked to the west, others to the east. The French, Russians and British have all spent time here, and left their marks to differing extents. Today, everyone are friends and certainly most welcome.

Corfu and its capital are the gateway to the Adriatic. That strategic position was realised as early as the 8th Century BC. It has a colourful history and was a central factor in the Venetians trying to protect their empire from the Ottomans. The Old Citadel and the New Fort are evidence of the Venetians though subsequently it was the French and British who were in control until Corfu became Greek. Some Venetian housing remains as well as the work of the British in the 19th Century, restoration as well as building.  https://whc.unesco.org/en/list/978

Still only really a village, Benitses was one of the first resorts that opened for tourists despite continuing to retain its traditions. It is surrounded by mountains covered in lush vegetation. It now has a good tourist infrastructure with bars and restaurants supporting the numbers who visit to enjoy the lovely beaches, the water sports and clear blue waters.  Panochori is the old part of Benitses while Skaloma is the old port. Neither have been spoilt because of the influx of tourism. The population of 1,000 benefit from tourism while traditional occupations of cultivation and fishing continue.

This large inland village is a mixture of old and new. It is not especially popular with tourists so it does provide an opportunity to see Corfu away from the areas that cater primarily for tourists. There are some simple cafes and traditional tavernas as well as an olive museum set in an old olive mill. The streets are narrow and traffic rare as a result. Corfu Town is just a short distance away but so different in many ways. A trip inland is always worthwhile and can include other villages and the Achilleion Palace.

Greek is the language on Corfu though English is widely understood in tourist areas.

The Euro is the local currency

The Island is an hour behind the UK year-round.

Fly to: Corfu has its own airport that has charter flights in the season and domestic flights to Athens. Flight time to the UK is around 4 hours.

Gouvia Marina can hold 1235 yachts on permanent or floating berths, everything up to 80 metres in length. The draft is 5.5 metres. The dry dock can hold a further 520 boats. The repair and maintenance facilities are able to handle any problem while there are refreshment and shopping on hand as well.

Paleokastritsa is normally for local fishing boats though it has a few berths for yachts and fuel can be delivered on request.

Madraki is Corfu Sailing Club but it has 25 berths for visitors but restricted to boats 25 metres in length.

Benitses now has a new marina with small, but modern capacity.

Corfu was one of the first Greek Islands to attract significant numbers of tourists from West Europe. It was partly because of its historical connections with the region. It is in Greece’s North West. Paleokastritsa, Sidari, Kassiopi and Acharavi are popular tourist spots on the northern side, while Corfu is dotted with lovely villages and many historical attractions. Add to that the wonderful beaches and the Old Town with its characteristic Venetian style and Corfu is a lovely place to visit. 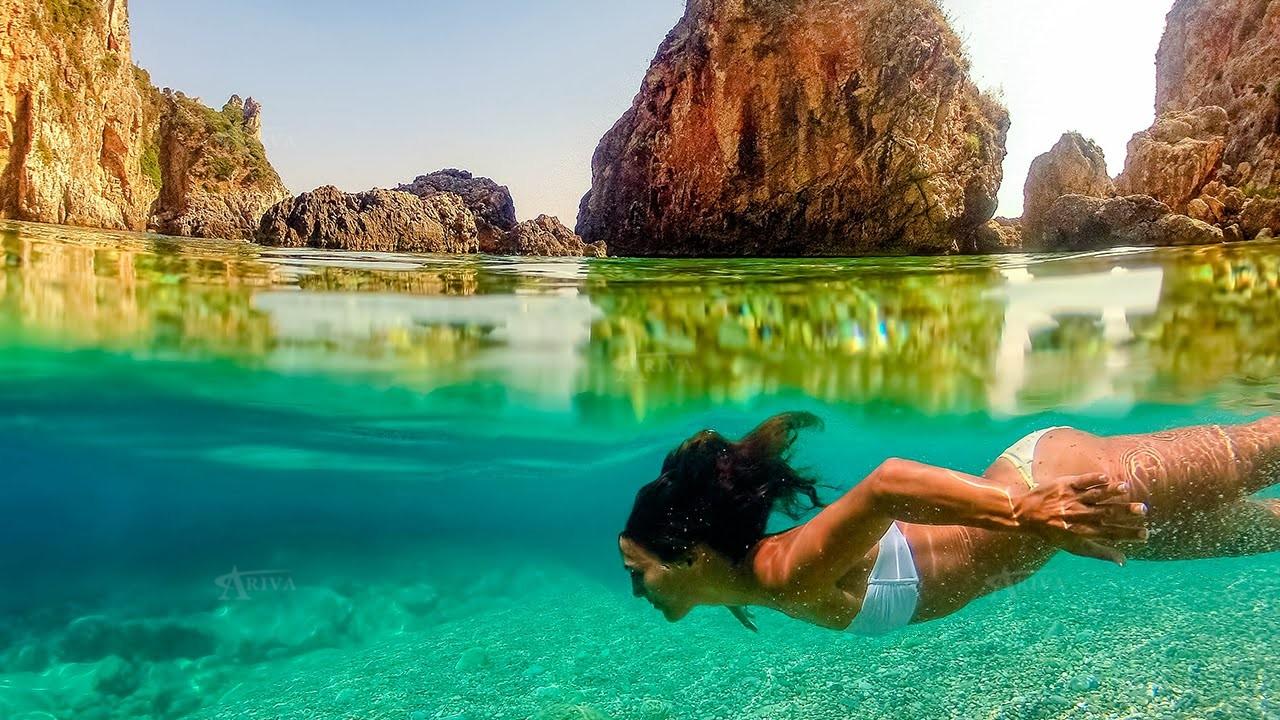 SEMA TUANA
All Yachts for Charter
Call Us Online Free
NEED HELP ?
We welcomes your enquires, questions, comments suggestions, compliments, and complaints as one critical way to continuously improve our services to you.
Call with Browser Free or Request Call by Phone
Do You Prefer Chat?
Live Chat
WhatsApp
Facebook
ENQUIRY FORM
Close