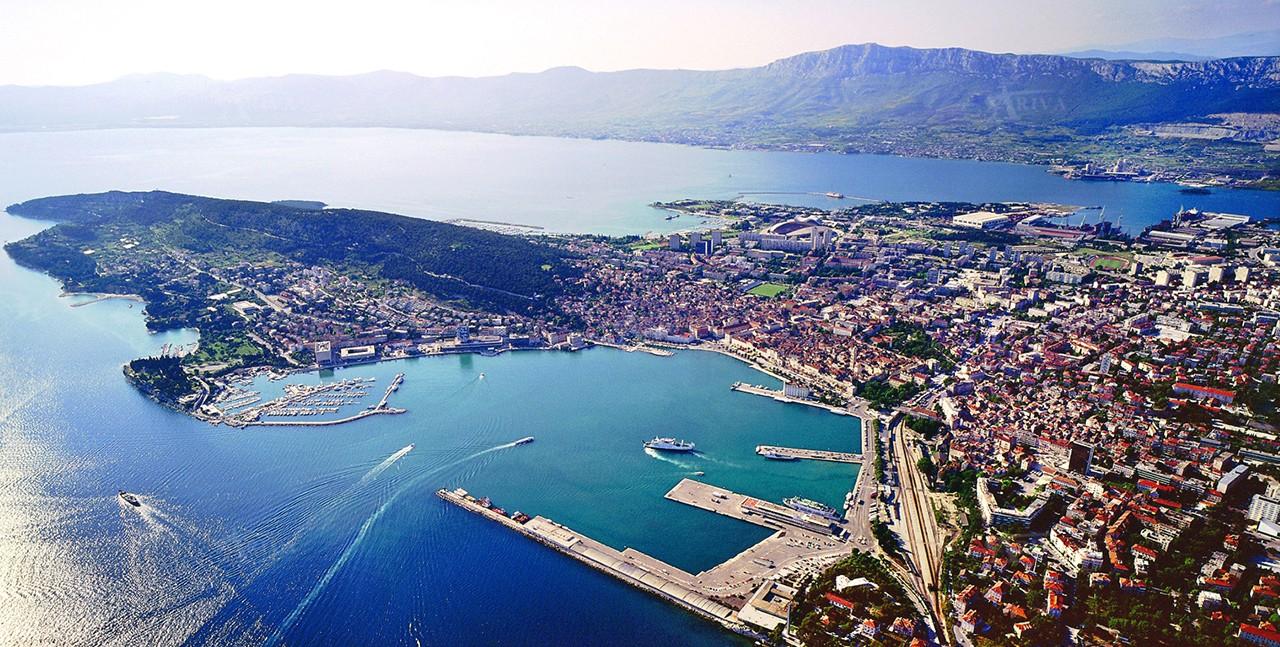 Yacht Cruise Guides to Destinations around the Split

Time is a restraint of course, but at Ariva Yachting we have devised itineraries aimed at making your charter a unique experience. Split itself is an interesting city with the highlight being the Diocletian Palace and the Roman ruins in the old centre.

Once you start your yacht vacation, you will leave crowds behind and have the flexibility to suit yourself. The yacht gives you independence as well as flexibility. There are a number of lovely islands that you can explore.

One of the best islands is one of the most remote; Vis. Not only are there some great beaches but the wine and seafood are wonderful. It was once the naval and military HQ for Marshall Tito so it was closed to the public until almost 30 years ago. While that did nothing for the commercial development of the Island, it meant that it retained its natural beauty.  The architecture includes much built by the Venetians who used the stone from nearby Brac Island. The nicest beaches and coves are in the south of Vis which incidentally is also famous for its seafood. It is a lovely place for your yacht charter to anchor overnight.

The vineyards are believed to have been planted during Roman times originally. The white is the Roman Vugava while the red is the Croatian favourite, Plvac.

Hvar is one of the largest of Croatia’s islands, at 300 square kilometres. In history, it was Greek, then Roman but more recently Byzantine, Venetian, Turk, and Austrian. It became part of Yugoslavia at the end of World War I. It has a lovely climate but there is still enough rain to ensure the island is green. Herbs grow here; lavender, rosemary, sage, marjoram and thyme while the vineyards flourish. The aroma produced by the herbs is especially impressive in the spring. Lavender is Hvar’s main export. Hvar town is gaining a reputation for being an upmarket resort because of the number of quality yachts that visit.

Brač is a long island with impressive mountains and as a largely unspoilt island, it is a great place to see real village life, especially away from the coast. It is a relatively dry island and not so green as others. The scuba diving is great in Lucice Bay if you are feeling like being active. Olives have been grown here since Venetian times and there are over half a million trees today. The highest point is just under 800 metres with pine forests and small valleys in the interior. It provided the white stone for the Palace in Split, and that stone has widely used in construction elsewhere.

Another island regularly included on a charter itinerary is Šolta. It remains fairly quiet even at the height of summer. Split is just 18 kilometres away and with 60 kilometres of coastline, there are plenty of places to anchor in solitude. Stomorska in the north east is the most popular harbour while the bay at Necujam is where many yachts anchor at night.

You can surely see from just these few examples that there are many interesting places to visit fairly close to Split. The whole point about a yacht charter is that it provides a relaxing holiday. If you are considering hiring a complete yacht for a group, you can get a bespoke itinerary using your ideas. There is a chance that it will need to be fashioned to balance the time available with the distances you want to travel but that will be discussed fully with you until everything is agreed. Alternatively, you may just be looking to join an existing itinerary, just taking a berth or two on the yacht. In that case, your choice of itineraries will be from those we have put together over recent times.

The Adriatic Coast of Croatia is lovely and certain to provide you with a great experience. At Ariva Yachting, we are committed to good service which is why we have a database of clients who have enjoyed our charters in the past. Get in touch; you can join them and are not committed to anything simply because you have made an enquiry.

This Palace was built in 305 by the then Roman Emperor in the middle of what is now Split; the city grew around it over the centuries. It has remained largely intact and there is much to see. ‘’Game of Thrones’’ fans should certainly head for the cellar which was used as the place where Daenerys kept her dragons when in Meereen. Other places to check are the Peristyle (the Centre) and one of the streets through the Palace, the Cardo. St. Domnius Cathedral built in the 7th Century is also within the complex. http://www.diocletianspalace.org

This maze of cobbled streets grew around the Palace. People’s Square is a popular place with its clock tower as well as bars, cafes and restaurants. It is fun both to sit and absorb the environment, perhaps with a cold drink, as well as to walk around the streets. It is pedestrian only and many tourists opt to find accommodation in this atmospheric part of Split. One of the advantages for visitors is that directions in English allow tourists to navigate their way around the area. https://www.tripadvisor.com/...

There is a mountain pass above Split where the small village of Klis lies between Mosor and Kozjak. There are vineyards and olive groves and a medieval fortress that has been built on a rocky ridge. The views of Split and the Adriatic are stunning. It dates back 2,000 years and was used by the Dalmatae, an Illyrian tribe, before it was taken by the Romans and was subsequently the seat of Croatian kings, and then a factor in defending the region from the Mongols and the Ottomans. https://www.tripadvisor.com/...

The Adriatic coastline has a pleasant summer climate after a mild beginning in the early spring. Summers are dry with the warm waters reflecting the good temperatures throughout the region. At night time temperatures drop but they remain suitable for fairly light clothing.

Croatian is the local language but English is widely understood

The currency is the Kuna at 8.5 to the £ Sterling.

Split is an hour behind the UK all year round.

Fly to: Split Airport is the most convenient; 3 hours flying time from the UK.

ACI Marina Split in the south west of the port has 360 berths with good repair and maintenance services and is probably the recommended first choice for visitors.

Labud Sailing Club has 160 berths and 40 on land. It is worth checking on availability in advance.

Pomorsko Sportsko Drustvo (PSD) is just to the east of the harbour entrance and welcomes visitors. There is a clubhouse and good facilities for visitors.

Sailing Club Split has 400 berths taking local fishing boats as well. There are 30 berths for visitors and the Club can take yachts requiring 7 metre draft. There are services and a workshop and 90 dry berths.

Spinut Sailing Club has 70 berths, 50 for visitors as well as good service facilities and a restaurant. There are 250 dry berths.

Zenta is the biggest of the facilities in Split with 900 berths, with 70 available for visitors and 100 on land.

Split is the biggest city on the Adriatic. Over the years it has been home to many; the Romans, Venetians, Austrians, French, Italians and finally the Yugoslavs before ultimate independence for Croatia. There is much to see and do ranging from the Palace and the Old Town as a whole where many locals still live. There are plenty of bars and restaurants for tourists and locals alike. 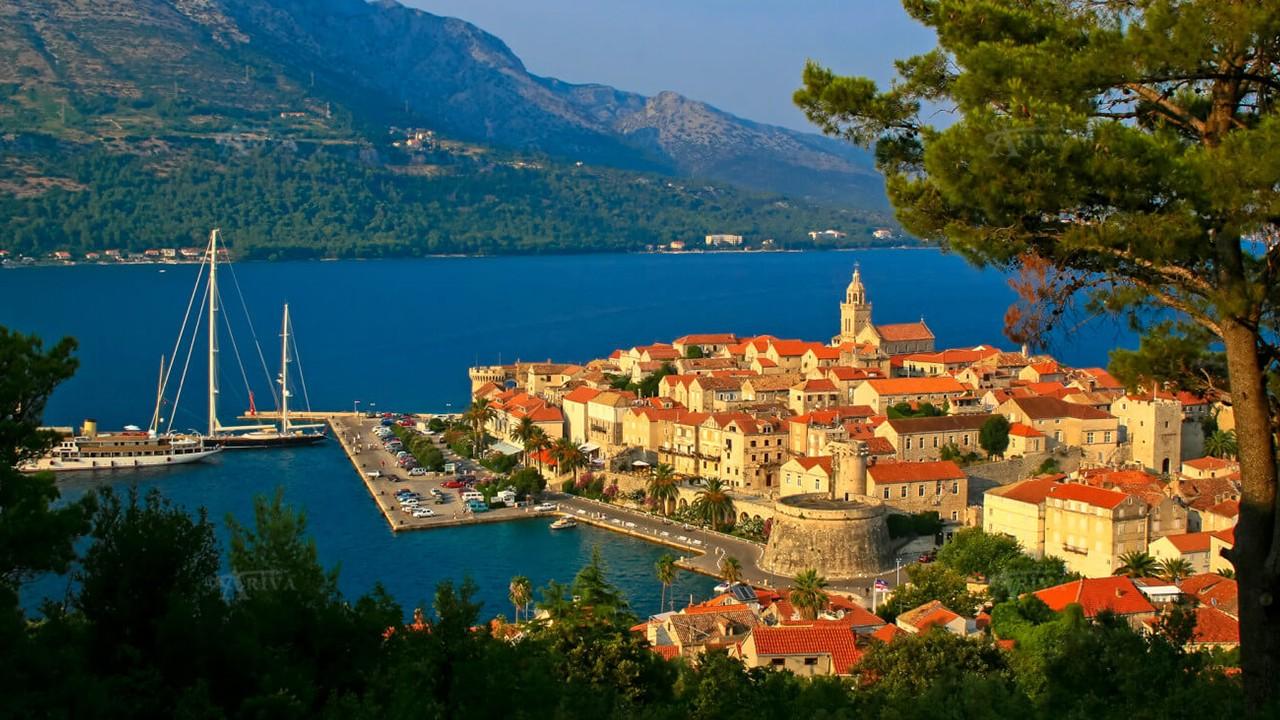 One way Split to Dubrovnik 7 Days 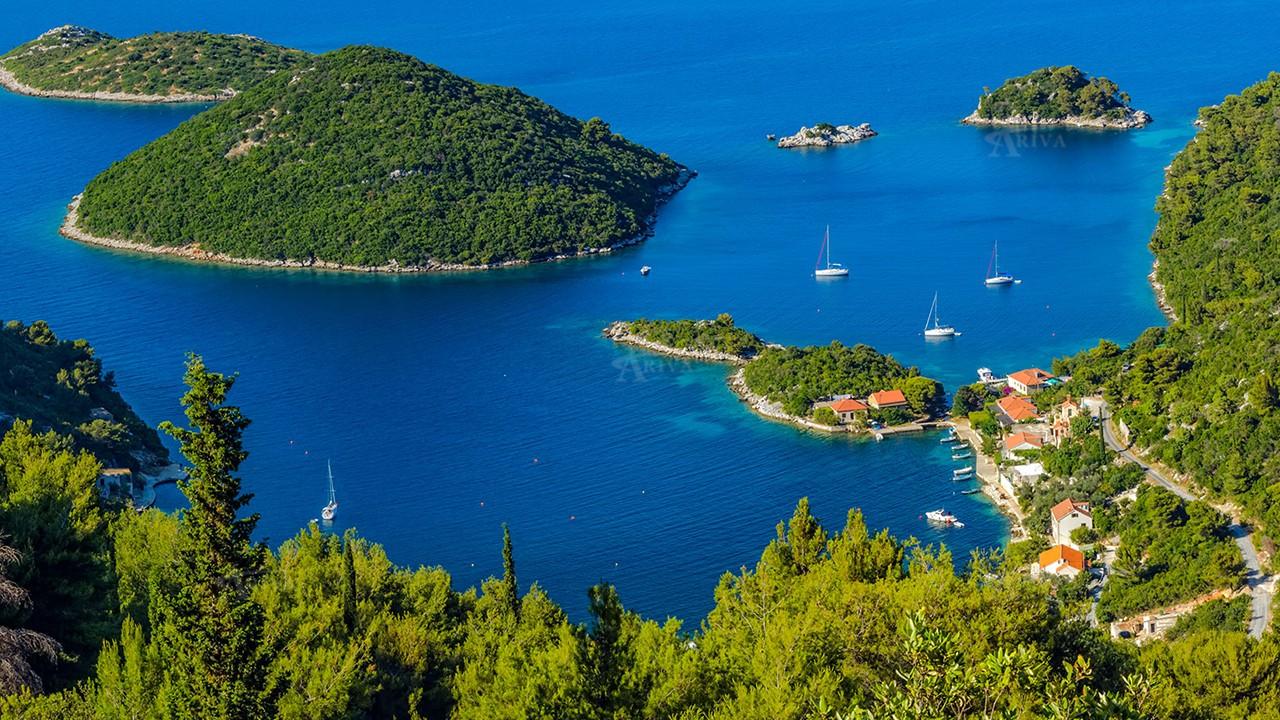 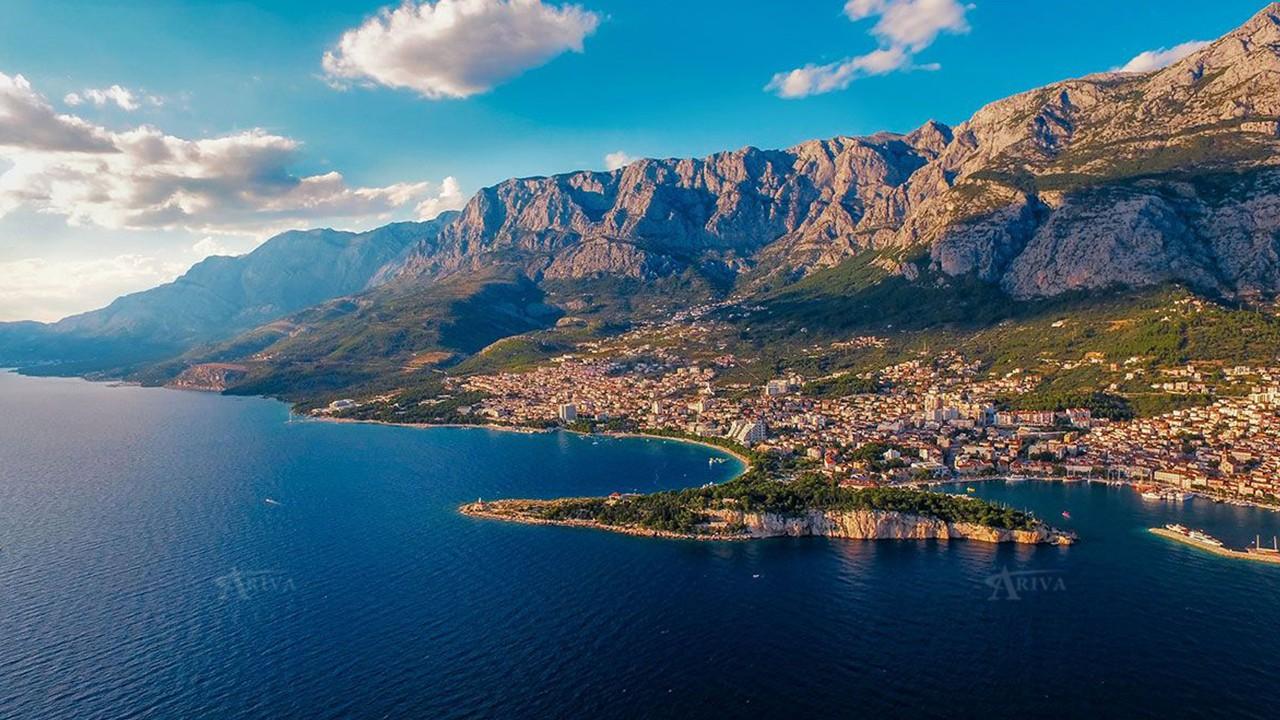 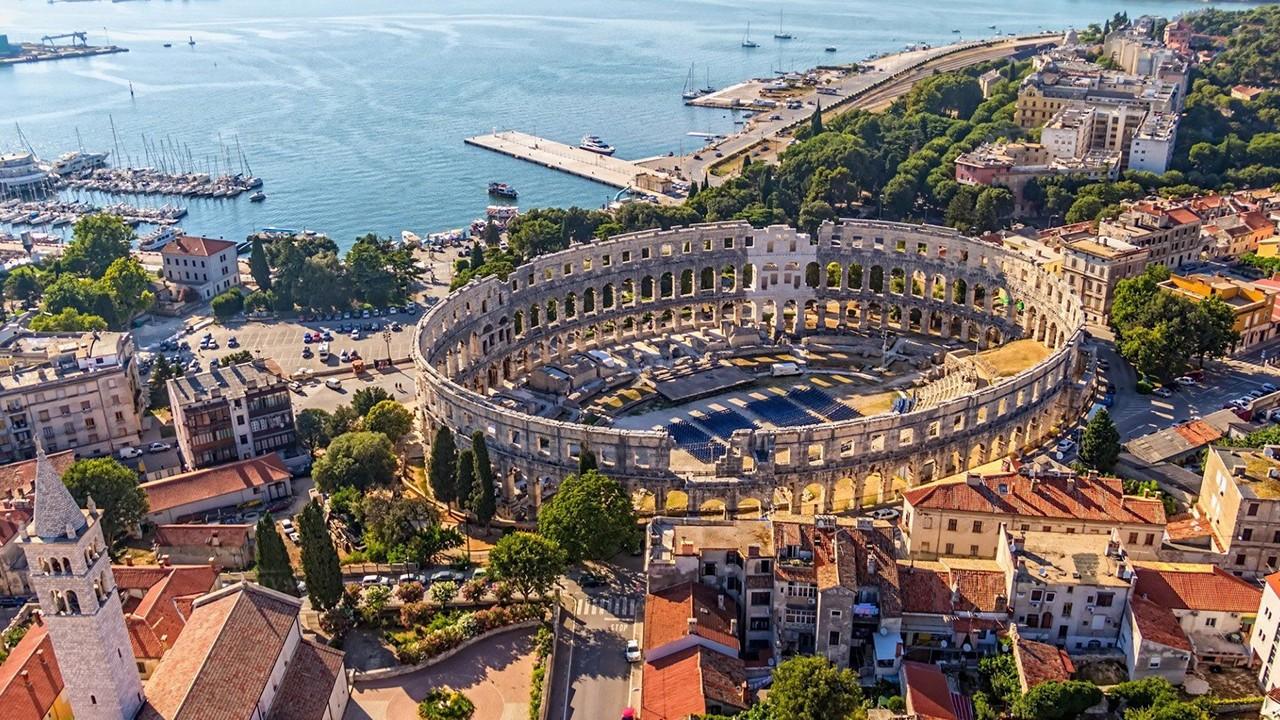 The North Adriatic in 14 Days 14 Days 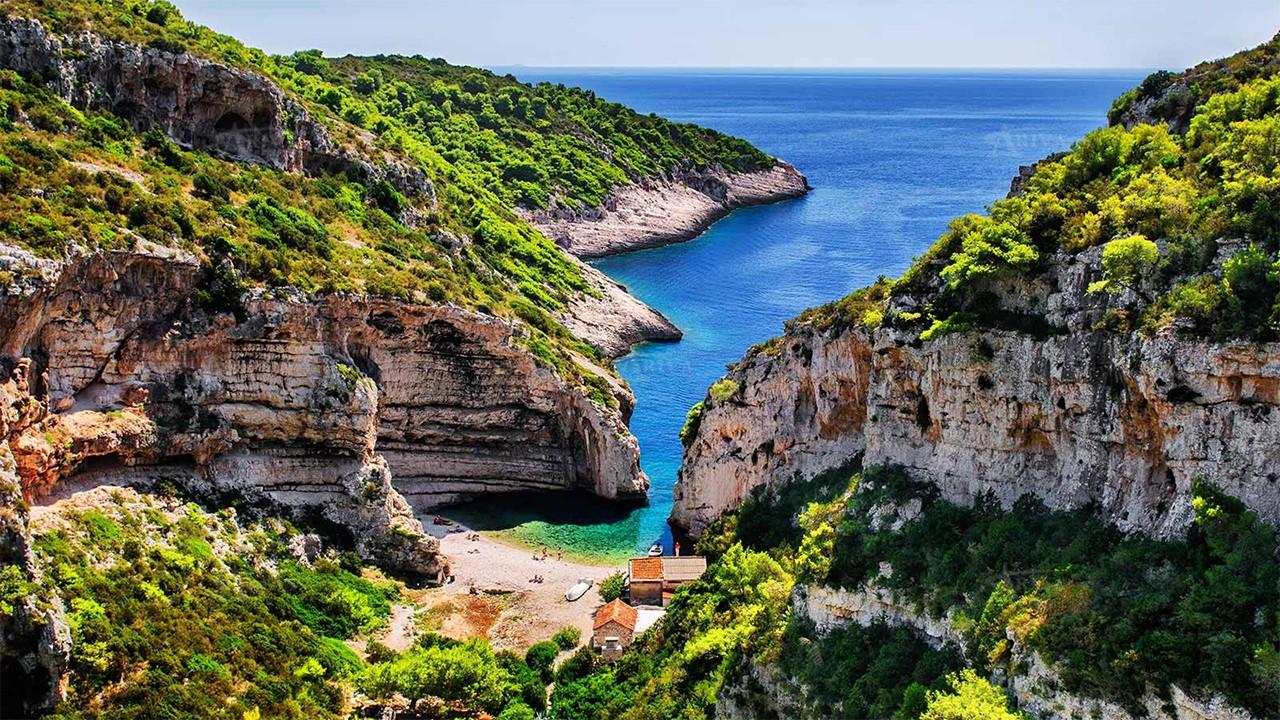 The South Adriatic in 14 Days 14 Days 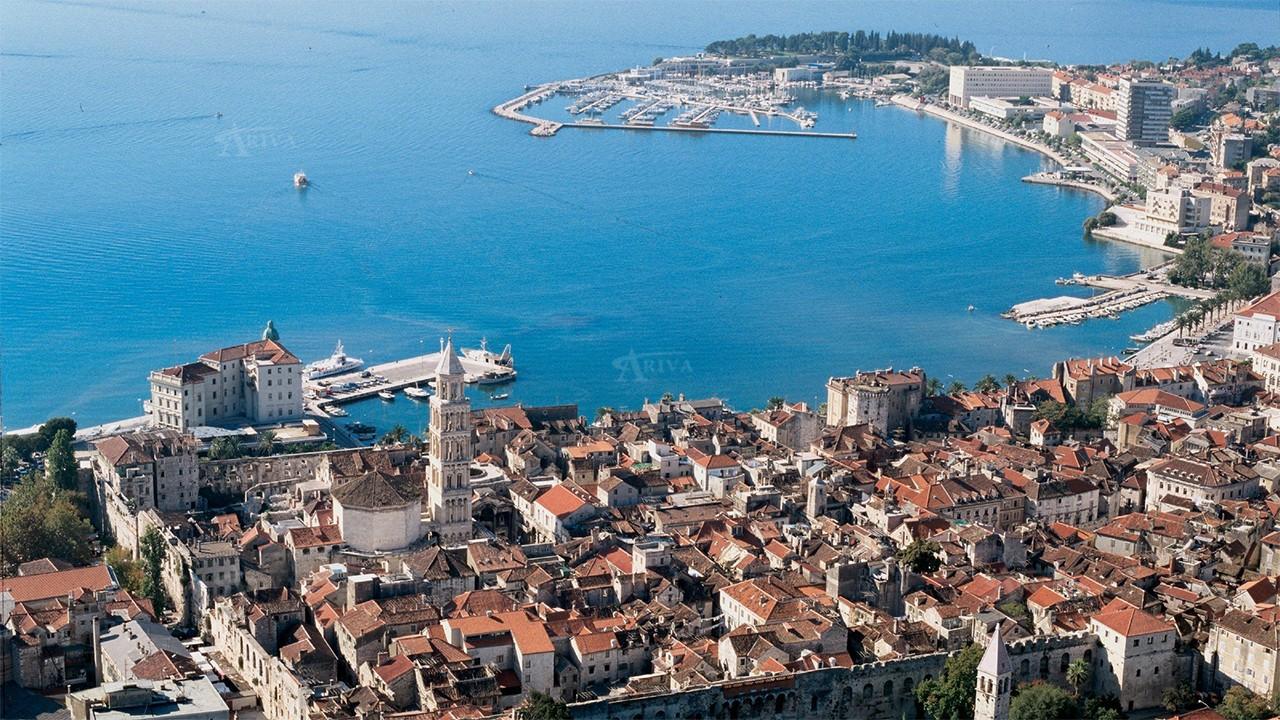 EMANUEL
All Yachts for Charter
Call Us Online Free
NEED HELP ?
We welcomes your enquires, questions, comments suggestions, compliments, and complaints as one critical way to continuously improve our services to you.
Call with Browser Free or Request Call by Phone
Do You Prefer Chat?
Live Chat
WhatsApp
Facebook
ENQUIRY FORM
Close